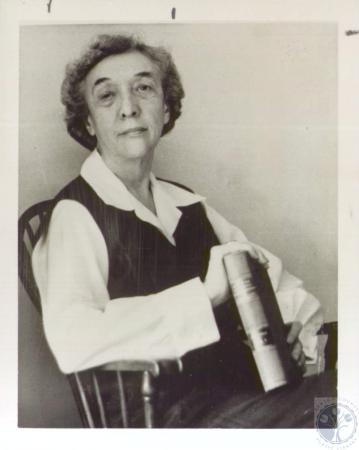 Marchette Chute was born in Wayzata, Minnesota to an upper-middle-class family. Her father William Chute was a realtor, and her mother Edith Mary Pickburn Chute had been a hospital nurse. She attended Central High School in Minneapolis, and was then a student at the University of Minnesota. Over a seven-year period from 1946 through 1953, Chute published the trade biographies that established her reputation. Geoffrey Chaucer of England was published in 1946, Shakespeare of London in 1950, and Ben Jonson of Westminster in 1953. In each case, Chute attempted to write as an independent scholar with the ability to revisit and develop holistic portraits of her subjects based upon limited documentary evidence placed in a context of overall English social history. Chute was seen by her colleagues as a significant writer of her day. She was elected to the American Academy of Arts and Letters and was elected president of the PEN American Center. She published a demicentennial history of the Center, PEN American Center: A History of the First 50 Years, in 1972. She also published a dual biography of George Herbert and Robert Herrick, Two Gentlemen, in 1959. She died in a Montclair, New Jersey nursing home on May 6, 1994. Her personal papers are now part of the de Grummond Children's Literature Collection within the University of Southern Mississippi. [Biography from Wikipedia, the free encyclopedia] [Photo image source: Kenton County Public Library]