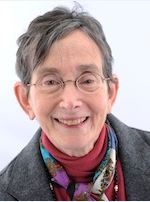 Mary Lefkowitz, a graduate of Wellesley College and Radcliffe College (Harvard University), taught at Wellesley College from 1960-2005. She has been awarded fellowships from the National Endowment for the Humanities, several honorary degrees, and a National Humanities Medal “for outstanding excellence in scholarship and teaching.” An Honorary Fellow of St. Hilda’s College, Oxford, she is a Trustee of the American School of Classical Studies in Athens. Dr. Lefkowitz has written articles and books about the ancient Greek poet Pindar, women in Greek and Roman antiquity, and fictional biography and history in the ancient world. Her books Greek Gods, Human Lives (Yale Univ. Press, 2003) and Euripides and the Gods (2016) seek to restore to the gods to their ever-important role in ancient narratives. She is known outside of the academic world for Not Out of Africa (Basic Books, 1997), her best-selling analysis of contemporary fictions about ancient history, and Black Athena Revisited (which she co-edited with Guy M. Rogers). Dr. Lefkowitz has appeared on national radio talk shows, on CBS television’s 60 Minutes, and was the subject of interviews in The Boston Globe and The Washington Post. History Lesson (Yale Univ. Press, 2008), her book about the intellectual issues raised by the Black Athena controversy, is “A clear-eyed look at the perils--and promise--of contemporary academic life” (Booklist).